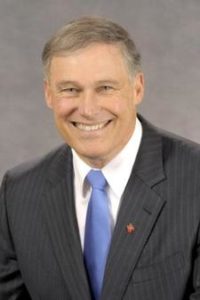 Good News! This week Governor Jay Inslee included in his supplemental budget proposal new funding to support child care and to expand ECEAP by 500 more children. It is especially noteworthy considering that lawmakers in Olympia already provided ECEAP with a significant increase within the recently completed two year budget. The Governor’s budget proposal is the first step in Washington’s state budget process.  In January when the legislature comes back to Olympia they will hold hearings, write their own budget, and make the ultimate decision on what will be funded for next year.  You can scroll down for some details on early learning elements of the Governor’s budget, thanks to our partners at the Children’s Alliance.

This good state news follows the announcement of the compromise federal budget agreement between Senator Patty Murray (D-WA) and Rep. Paul Ryan (R-WI) in DC which partially restores the across-the-board cuts known as sequester for fiscal years 2014 and 2015. While there are not enough dollars to restore all the cuts to all programs that have been impacted, Senator Tom Harkin (D-IA), chair of the Labor HHS appropriations subcommittee in the Senate, has stated publicly that funding Head Start is one of his biggest priorities. All federal funding bills must be completed by the middle of January.