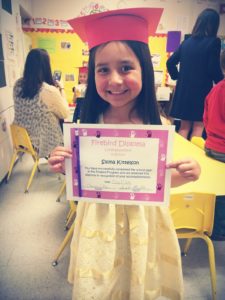 Originally posted at the WSA Blog.

This week the Emmys were held in Los Angeles.  Back in 2002 Friends won an Emmy for Outstanding Comedy Series.  Critics of Head Start are a little bit like the college friends you had in the 90’s that keep debating whether Ross should have ended up with Rachael. It’s time to move on. This year’s Outstanding Comedy Series winner was “Modern Family”.  It’s time to look at the “Modern” Head Start.

For the past couple of years, pundits and some members of Congress have slammed Head Start for being ineffective. Some have called for major reforms, while others have suggested that Head Start should be simply defunded.  To make their case they point to the Head Start Impact Study—a national evaluation of the program that intended to look at children who were assigned to Head Start in 2002 and compared them to children who were not assigned to the program. It concluded that while there were some benefits to children in Head Start they seemed to “fade-out” by 3rd grade. It is this 2002 evaluation of Head Start that critics like to point to. As you can imagine, much has changed since then except that Conan O’Brien is still on TV (he hosted the Emmys in 2002).

I continue to maintain that the study is flawed because of the large percentage of children who were supposed to be in the control group but instead found a way to enroll in Head Start (can’t stop determined parents). Others have suggested that the poor quality of elementary schools that Head Start children attended is mostly to blame. I don’t pretend to be a researcher and I don’t know the answer to these questions with any certainty. I just know it is time to move on.

The Head Start Impact Study was based on a cohort of children in 2002. That’s 12 years ago, people.  So let’s put the study behind us for a minute and deal with current day reality. A lot has happened from 2002 to 2014—the explosion of social media, two wars, smart phones (sorry Blackberry), and the Seahawks winning the Super Bowl. I even retired my old TV this year. It took 3 big guys to carry it out and I replaced it with a flat screen with HD. When I asked the homeless shelter guys what they planned on doing with it, one of the guys looked at me and said “sir, no one has a TV like this anymore. We’re just going to recycle it.”

Head Start has changed quite a bit as well. It is simply not the same program it was in 2002.  Here are just a few examples:

You might wonder whether these reforms have led to better outcomes.  Beyond the Head Start Impact Study, the government also reviews Head Start’s quality through the Head Start Family and Child Experiences Survey called FACES.  Researchers evaluated Head Start in 2003, 2006, and 2009. The 2003 cohort would most closely match the children evaluated by the Impact Study in 2002.

Steve Barnett from the National Institute of Early Education Research, an occasional critic of Head Start, did an analysis of the data and found that the language and literacy gains for children from 2003 compared to 2009 were sometimes two or more times as large. In other words the program got a heck of a lot better between 2002 and 2009.

In another recent evaluation of Head Start in 2012 researchers at Mississippi State University looked a large program in Mississippi.  Using the state’s educational data warehouse they compared children that attended Head Start to their peers that did not attend.  There were more than 12,000 children in this study. Unlike the Impact Study, they did not have to worry about the control group being contaminated because they had data on actual children and knew which child went to which program.  They then looked at how these Head Start children were doing in 3rd grade. What they found was amazing and completely contrary to what the Impact Study evaluators found:

The authors conclude that “the results clearly show that Head Start has a significant impact in the first years of elementary education.”

I don’t want you to take this the wrong way.  Champions and advocates of Head Start should continue to push for making the program better. There are clearly things that everyone agrees will improve the program. For instance, we should:

Critics of Head Start should stop citing the Head Start Impact Study as the latest research on Head Start. It is completely outdated and not a fair assessment of where the program is in 2014. Unless you are the person still dancing in your kitchen to Nelly’s “It’s Getting Hot in Herre” or you keep wanting to recall the first the American Idol contest winner—Kelly Clarkson in case you forgot (does anyone still watch American Idol anymore?).  Even my mom finally threw out her VCR and now has a DVD player. Head Start has changed considerably since 2002. It is a much better program.  The next time someone talks to you about how Head Start doesn’t work and how the benefits “fade out” tell them to get out of their time warp, put down their VCRs and flip phones, and break it to them that Jay Leno is no longer the host of the Tonight Show.

Before policy makers make decisions based on a study done the year KISS had their last performance, they should visit today’s Modern Head Start.   I think they’ll be impressed with what they see.